A postmark is an official seal traditionally stamped on letters to indicate a significant place and date. At Postmark, we have partnered with the finest growers in Napa Valley to craft a wine that showcases the region’s extraordinary Cabernet Sauvignon. This wine reflects the character of its iconic Napa Valley roots with inviting layers of blackberry and cassis, silky tannins, and a smooth finish.

2018 offered near picture-perfect growing conditions, with mild spring and summer weather, and no significant heat events. The excellent growing conditions naturally resulted in a slightly larger than average crop for red Bordeaux varieties, with fully lignified seeds at low sugars levels. With temperate weather throughout fall, we were able to pick each block at optimal ripeness, yielding exceptionally juicy and polished red wines, with plush, well-rounded tannins, and lovely overall structure.

From its deep crimson color to its velvety texture and alluring layers of fresh blackberry, boysenberry and cassis, you can taste the warm Napa Valley sun in this luxurious Cabernet. On the palate, hints of violet, lavender and dark chocolate add to the delicious depth of this wine, with a pleasing touch of acidity bringing brightness and poise to a lush fruit-driven finish.

Like a letter from an old friend,
may it bring you joy when you open it.

Though just 30 miles long and a few miles wide, Napa Valley is home to diverse microclimates and soils uniquely suited to the cultivation of a variety of fine wine grapes. While only 4% of California’s wine grape harvest, Napa Valley is small in size yet big in stature. It was the first American Viticultural Area or AVA to be designated in California in 1981.

Only 2% of the world enjoys a dry Mediterranean climate. In Napa Valley this generous climate provides vintage-to-vintage consistency and exceptional quality that few other winegrowing regions can boast. Because of its unique geologic history, Napa Valley has a remarkable diversity of microclimates, weather and geography, as well as some of the most diverse soils found on earth.

In spite of its international renown, Napa Valley is one of the smallest winegrowing regions in the world, with only one-sixth the planted acreage of Bordeaux.

In 2015, after completing his degree in viticulture and enology from UC Davis, Christopher joined the winemaking team at the Duckhorn Portfolio, where he quickly established himself as a rising talent. He was rapidly promoted from production assistant to Decoy assistant winemaker to Decoy associate winemaker and ultimately production winemaker for Duckhorn’s Waterfowl Winery. “I’ve been able to work alongside and learn from the winemakers at Duckhorn Vineyards, Paraduxx, Goldeneye, Kosta Browne, Calera, and more. It’s amazing. They are some of the greatest winemakers in America. It’s been incredible. I’ve just tried to be a sponge and soak up all the knowledge I possibly can.”

In 2018, Christopher was given the opportunity to make the debut vintage of the Postmark Napa Valley Cabernet Sauvignon. “I love the vision behind Postmark,” he adds. “It reminds me of what inspired me to become a winemaker—the idea that even if someone has never been to Napa Valley, we can make a wine that will transport them there, that will give them a taste of a magical place, and a moment in time.”

When he is not making wine, Christopher loves to cook, ski, snowboard, free dive on the Pacific Coast, and most of all, spend time with his wife and young son. 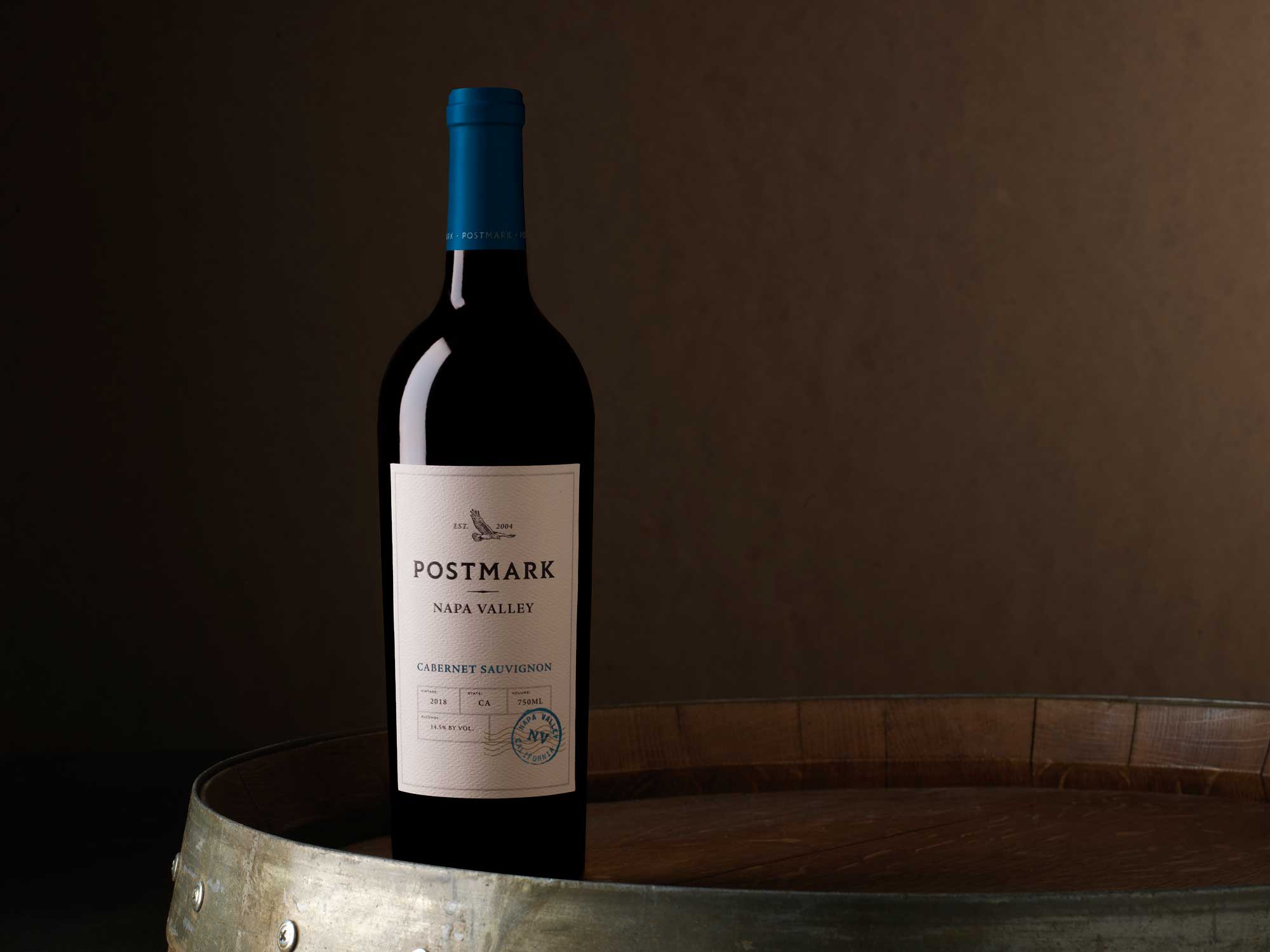 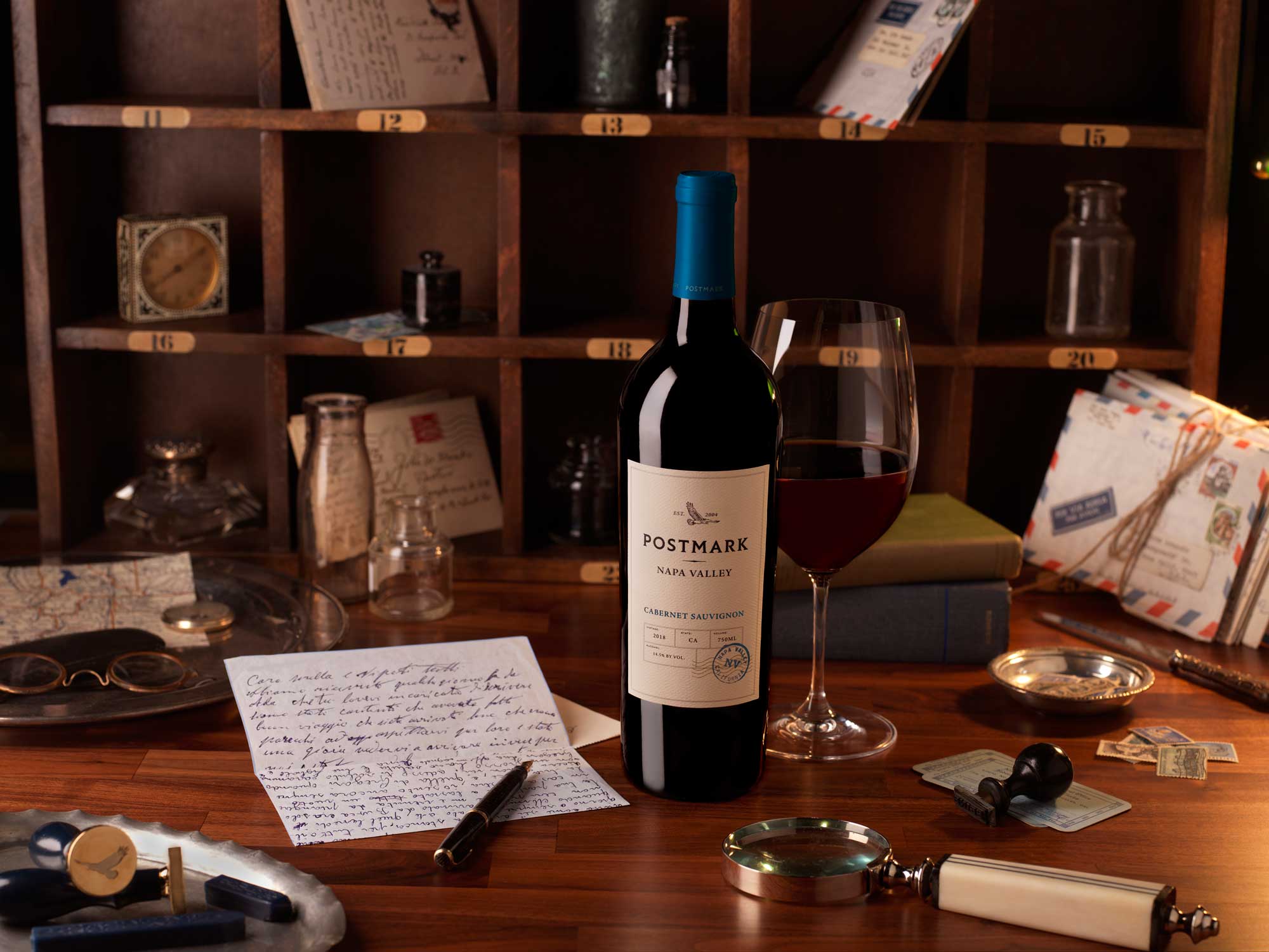 This wine is meant to invoke a time when people wrote letters, shared experiences, and came together to celebrate.